In the last blog I shared

In this week’s blog I want to share with you an article that was first published on the 8th January 2016 in the USA on www.seattlepi.com

The article talks about that a federal judge in the USA has ordered the state to pay for home care for long-term ventilator dependent and chronically ill children with tracheostomies. The ventilator dependent children who have been hospitalised for many months are unable to leave hospital due to the lack of state funding for home care, whilst an Intensive Care bed cost the state $5,000 per bed day as highlighted in the article.

The issues are similar to the issues in Australia and other first world countries, where Departments of health, Private health funds and other health funding agencies continue to fund $5,000 per bed day for ICU beds for long-term ventilated adults& children with tracheostomies, instead of funding cost effective home care with specialised services like INTENSIVE CARE AT HOME.

Mary Bridge Children’s Hospital in Tacoma reported that room and board alone cost at least $5,000 a day for an ill child. The same amount could pay for round-the-clock care from a registered nurse for four days, at the private insurance pay rate.

when you have read the article please leave us your thoughts and comments on the blog below. Kai Victoria, 3, rests in the bedroom of her northeast Seattle home on Tuesday, October 13, 2015. Kai is on a ventilator and is cared for around the clock at home by her mother and a team of nurses. She is one … more

In a victory for four chronically ill Washington children, a federal judge in Seattle has ordered that state health care managers must do what they have to do to allow the children to come home.

A public interest attorney representing the children contended the state Health Care Authority has failed to provide in-home nursing care that would enable the ventilator-dependent children to live with their families instead of in hospitals or group homes. In-home care is cheaper for the state and safer for the children, but, due in part to low pay rates to nursing providers, has been hard to come by.

Five children and their families sued the state in September in an effort to force a change. One of the children has since died, but dozens of other young Washington children appear to face a similar threat of unnecessary hospitalization.

In a lengthy decision issued late Thursday, U.S. District Judge James Robart found that the state is required to provide nursing services to the children, who are insured through Medicaid, a public insurance program.

The children involved in the lawsuit suffer from a variety of ailments that require a ventilator, a machine that helps them breathe using a throat tube. Some of the children are expected to one day live without a ventilator, while others will need assistance throughout their lives.

Robart ordered the state to provide at least 16 hours a day of private nursing care to the chronically ill children, the same amount required by law. None of the children involved in the lawsuit had been able to receive that much attention previously.

Doing so, Robart noted that Medicaid pay rates for private nursing care have not increased since 2007. The state Health Care Authority, he said, is unable to find qualified nurses willing to work at the current pay rates.

The Health Care Authority acknowledges that in-home nursing care is less expensive that institutional care, either in a hospital or group home. The agency has asked for legislative approval to increase the nurse pay rates to that it can save that money.

Per Robart’s order, Health Care Authority managers to meet with the children’s representatives and come up with a plan that will ensure they receive the in-home care to which they’re entitled. In all four cases, that means a nurse to help monitor the child’s breathing machine for 16 hours each day.

“The plan must identify the responsibilities of (the state), the need for additional providers, methods of finding, securing, and retaining additional providers, and a timeline for accomplishing needed tasks,” Robart said in his order. The state, he continued, “may not defer or delay their efforts to provide the required private duty nursing care to (the children) while the parties are developing the plan.

The state and the children’s attorney, Scott Crain, are expected to report back in 30 days.

The injunction was an unmitigated win for the children and Crain, an attorney with the Northwest Justice Project. Crain had argued that immediate action was necessary to protect the children and required under laws the Americans with Disabilities Act and other federal health laws.

“The state must ensure the delivery of these services,” Crain said to Robart during a hearing Tuesday. “They cannot delegate away their responsibility.”

The state administers Medicaid, the insurer of last resort. Whether they were poor to begin with or fell into poverty due to a child’s illness, American families often turn to Medicaid for help when faced with the costs of caring for a chronically sick child.

Medicaid reimbursement rates set by the state effectively dictate how much medical providers receive for treating Medicaid patients. The public insurer pays less than most private insurance. The state hasn’t raised reimbursement rates for the home care nurses since 2007.

Demand for highly skilled nurses – in the children’s cases, registered nurses or licensed practical nurses – is notoriously high, and the Health Care Authority’s own analysis found that inadequate pay is driving nurses away from Medicaid.

“The current reimbursement rate is not competitive or sufficient to prompt skilled nursing agencies to hire more staff to fill the need,” Health Care Authority analysts said in a policy paper submitted to Gov. Jay Inslee in October.

Inslee is now pressing for Legislative action on the issue, said attorney William Stephens, who is representing the state in the litigation.

Addressing Robart, Stephens said the state agrees that more must be done to help the children.

“We have all the sympathy in the world for these kids,” he continued.

At present, the Medicaid pay rate for registered nurses of $35.32 an hour – which is paid to the nurses’ employers – is about $14 less than the rate paid by private insurers. The Health Care Authority is advocating for a $10-an-hour increase to Medicaid pay beginning by late 2016.

Contrasting home care with hospitalization, the difference in cost is extreme.

Mary Bridge Children’s Hospital in Tacoma reported that room and board alone cost at least $5,000 a day for an ill child. The same amount could pay for round-the-clock care from a registered nurse for four days, at the private insurance pay rate.

By the authority’s estimate, $6.2 million is needed to close the pay gap. About half of that amount would come from the state, while federal dollars would cover the remainder.

Presently, about 275 critically ill Washington children eligible to receive in-home care through the program. It’s not clear how many children are currently hospitalized unnecessarily or not receiving the amount of home care they’re entitled to, but the number is likely in the dozens.

Kai is alert and engaged in the world, but unable to speak or move easily due to complications of a cancer treatment. She, like the other children involved in the lawsuit, has had to spend time hospitalized because no nurses could be found to care for her at home.

Speaking last year, Victoria said that, for Kai, a pointless stay at Seattle Children’s meant the 3-year-old couldn’t start on a therapy that could one day allow her to talk through a computer, similar to the one made famous by physicist Stephen Hawking.

“That’s going to change Kai’s world,” she said. “We know that she has a lot to say.”

Hospitalization threatens the already fragile children’s health as well. They’re exposed to disease and kept from their families. Most are sequestered out of fear they’ll catch a bug from others.

In a statement to the court, Sheri Smith, administrator at Avail Home Health in Yakima, described a “crisis” facing those trying to discharge children who need nursing care at home.

Parents are pulling their children out of hospitals against their doctors’ advice that they stay until a nurse can be found, Smith said. After months of waiting, they’re sick of being stuck.

“This is a desperate situation that needs attention immediately,” Smith said in a declaration filed on behalf of the children.

Robart’s order goes into effect immediately, though the lawsuit continues. The future of the litigation likely depends on how well the state complies with the injunction.

Seattlepi.com reporter Levi Pulkkinen can be reached at 206-448-8348 or [email protected]. Follow Levi on Twitter at twitter.com/levipulk.

Thank you for tuning into this blog!

Or you can leave your comments here on the blog.

We are also currently hiring enthusiastic and experienced Intensive Care nurses with Critical Care certificate for a ventilated Clients in Melbourne.

For more information check out our Career section here www.intensivecareathome.com.au/careers or contact Patrik on 041 094 2230 or simply hit reply to this email.

How we can help you

How to improve a niche within Intensive Care

3 quick steps on how to position and prepare yourself well mentally, whilst your loved one is critically ill in Intensive Care 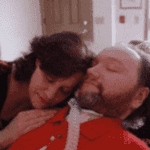 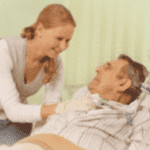