In last week’s BLOG I shared

WHAT TO DO IF THERE ARE NO OR FEW PERCEIVED ALTERNATIVES FOR LONG-TERM VENTILATED ADULTS& CHILDREN WITH TRACHEOSTOMIES IN INTENSIVE CARE!

In this week’s blog I want to share an article that was published on the ABC last week!

The ABC- once again- has picked up on more research in the area of where people want to die if given a choice!

The article highlights once again, that more than 70% of Australians want to die at home- if given the choice- and yet less than 14% die at home!

People in other first world countries die at home at twice the rate!

Despite of all the lip service from politicians as well as some health professionals, not much is happening in Australia, where institutionalised care remains at the centre of health care, instead of modelling successful Hospital in the home services from other first world countries, where Intensive Home Care services and palliative home care services have successfully been providing services for more than 20 years!

Leave your thoughts and comments at the end of the article!

DYING AT HOME MORE PEACEFUL THAN IN HOSPITAL AND BETTER FOR LOVED ONES, RESEARCH FINDS!

Relatives of more than 350 passed cancer patients took part in the study, which was published in BioMed Central. Half of those died in hospital and half at home.

Lead author Barbara Gomes said patients often feared being at home, believing they were placing a burden on their family.

“However, we found that grief was actually less intense for relatives of people who died at home,” she said.

Australians say if they had the opportunity they would prefer to die at home.

“Many people with cancer justifiably fear pain. So it is encouraging that we observed patients dying at home did not experience greater pain than those in hospitals where access to pain relieving drugs may be more plentiful,” she said.

Prior research shows home deaths have declined and hospital and residential care deaths have increased, but most people would prefer to die at home.

The study concluded that as most people wished to die at home, and that is was a better experience, “discussion of preferences, GP home visits, and relatives to be given time off work” were required to make the goal realistic.

70pc of Australians want to die at home, only a fraction do

“The really big stoppages that stop more people from dying at home are people don’t have the conversation,” Professor Swerissen told the ABC.

Discussing death at any age

Talking about death is key to busting a cultural taboo that impacts our quality of life, an expert has warns.

“We’re not good at saying to people, ‘it’s important that you plan for your own death’. People don’t like talking about mortality.

“Things are done in unplanned ways when it does reach the point when there isn’t much time left.”

He said without planning, situations could escalate where patients ended up in emergency and staying in hospital to die.

Professor Swerissen’s own research shows 70 per cent of Australians want to die at home, but only 14 per cent do.

People die at home twice that rate in New Zealand, the US, Ireland and France, he said.

“Australians say if they had the opportunity they would prefer to die at home,” he said.

“People say the sorts of things what they prefer as a good death is the ability to be around friends and family — provided they get good quality care — so they have the opportunity say goodbye and put their affairs in order.

“They [want to] die in circumstances where they are comfortable.”

But he said that was difficult when support from community services was lacking.

“It can be very stressful being a carer — it takes an enormous amt of effort to support someone dying,” Professor Sweissen said.

“We were very clear when we did our research what is need to make it happen — [there has to be] much bigger emphasis on providing community-based support.”

Professor Swerissen said medical staff were not always having the right conversations with patients and families.

“People don’t go through the risks of treatment enough and don’t actually ask the question, what is important to you?” he said.

He said those risks include radiation treatment, for example, which in terminal situations can extend life but sometimes also end it faster.

“Is it important to die at home with friends and family? Do you really want the extra two months of life? And what circumstances should we stop treatment and start making your comfortable?” Professor Swerissen said when listing what health professionals should ask patients.

A report from the Grattan Institute, Dying Well, released last year, showed with an investment of $237 million, Australian could double the amount of people who are supported to die at home.

About the same amount could be released from institutional care spending to pay for it, the report said.

What are your thoughts?

Do you think that more home care services for palliative care are needed?

Leave your comments on the blog here.

We are also currently hiring enthusiastic and experienced Intensive Care nurses with Critical Care certificate for ventilated Clients in Melbourne.

For more information check out our Career section here www.intensivecareathome.com.au/careers or contact Patrik on 041 094 2230 or simply send me an email to [email protected]

Today I want to introduce a friend of mine…

5 Ways to have control, power and influence while your loved one is critically ill in Intensive Care

THE 5 BIGGEST INEFFICIENCIES IN INTENSIVE CARE IN AUSTRALIA! 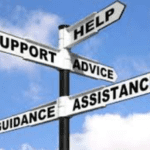 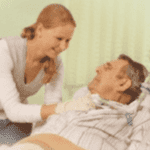 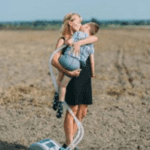 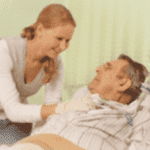 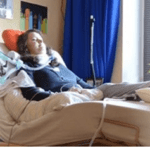 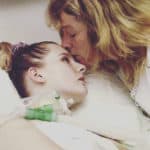